While there isn’t a set pattern to the punishments given out to body snatchers in Britain during the 1800s, there were certain penalties, such as imprisonment, that appeared in the court records more often than others.

These punishments, however, did not always reflect the severity of the crime.

The penalties for stealing a dead body in Britain in the mid-1800s varied dramatically. Punishments ranged from imprisonment, with hard labour, to fines, or even full-blown transportation. Sympathetic judges who believed in medical advancement may have given a more lenient sentence, but usually, some form of punishment was issued.

Body snatching was nearly almost always tried as a misdemeanour, resulting in a small prison sentence of say, about 6 weeks.

If, however, you were careless and inadvertently removed a personal possession from the grave then, and only then, would you have committed a felony and would have been tried very differently.

A dead body was no-one’s property, so, therefore, it couldn’t technically be stolen. To steal a cadaver, whether that was to take it from the grave itself or, as in later years, to steal it from a house was not classed as theft per se.

1. Imprisonment | The Main Form of Punishment

For the majority of body snatchers, a stint in the local House of Correction with hard labour was the usual sentence. The period of imprisonment could range from a mere six weeks up to a full six months or more.

Leeds body snatcher Michael Armstrong received a six month stretch in York Gaol in 1826 after being implicated in the theft of 15 years old Martha Oddy from Armley Churchyard, West Yorkshire. Like many body snatchers, Armstrong was little affected by his imprisonment.

He was arrested only a year later under the charge of vagrancy, for which he received one month’s hard labour in Northleach House of Correction in the heart of the Cotswolds.

Although previous crimes would have been taken into consideration when it came to sentencing, there were no guidelines as to the length or type of sentencing received.

In 1819 John Wilson, a professional resurrectionist was sentenced to nine months imprisonment in Edinburgh for the same offence as Armstrong, and yet six years later, body snatcher William Clarke alias Taylor received only a further three months imprisonment for admitting he had been responsible for stealing 45 bodies in the space of 5 months from Walcot churchyard, Somerset.

An unusual term of 9 months imprisonment was served on Buckinghamshire body snatcher Robert Beasley alias Bonner, who, in 1831 stole the body of Elizabeth Bates from Wingrave parish churchyard. His accomplice, however, Thomas Moody, was only imprisoned for 6 months, something which perhaps may not have gone down favourably with Beasley.

There seems to be no rhyme or reason as to the differing length in sentences.

Mention the word transportation and the mind conjures up images of convicts serving their time in the remote penal colonies of Van Diemen’s Land. However, being transported didn’t always mean that you were sent far away from home.

Take for example an early body snatching case that happened near the Scottish capital of Edinburgh in the parish of Old Pentland.

The year in question was 1742. Burke and Hare were yet to be born and the idea of body snatching gangs was something that was far off in the future yet body snatcher, John Samuel, was publicly whipped and banished from Scotland for 7 years for stealing the dead body of a small boy named Gaston Johnston.

We do come across early cases of body snatching where the felon has been transported further afield, however.

John Walker, a night watchman in London was transported after snatching the swinging corpse of Francis Hill from the gallows in 1784, and body snatcher Thomas Vaughan alias Goslin, a former member of the notorious Borough Gang, was transported along with four associates after he became a little too confident in his body snatching career.

He, together with his accomplices was transported ‘beyond the seas’ for a period of seven years in 1828 after breaking the one golden rule of body snatching. Never take anything other than the cadaver from the grave.

Research any body snatching case and chances are there’s going to be some mention of a fine.

This would either be as a stand-alone penalty or as in the case of Joseph Holmes, a common labourer turned body snatcher from Surrey, attached to a three-month prison sentence.

Fines would often be paid for by the anatomist who ordered the cadaver and therefore often acted only as a minor inconvenience. Anatomists also paid for any expenses arising from a body snatcher being imprisoned, for example, costs to look after their wife and children through the loss of income.

It became increasingly common for courts to fine medical students and anatomists a larger sum of money than the lowly body snatcher. Status in society was everything in Georgian England and it would not have done for an anatomist or an up and coming medical student to have been imprisoned or associated with such an underhanded trade as body snatching.

In 1826 Essex surgeon William Cooke was fined the huge sum of £100 after he was charged with hiring sexton Giles Yard to acquire the body of Elizabeth Taylor. While Cooke received a fine, that he swiftly paid, Yard was a little less fortunate. Unable to meet the demands of his bail, he was sentenced to nine months imprisonment in Exeter Gaol.

In contrast, to the above, typical fines also included:

As with imprisonment, there was no set fee that a body snatcher or surgeon was charged, leaving things very much up to the judge’s discretion.

It may not seem like a punishment when we consider fines or imprisonment but if it became common knowledge that a snatching had taken place or that a body snatcher was in the vicinity, the feelings of the locals could and did run particularly high.

Riots occurred throughout Scotland; Stirling in 1823, Glasgow was hit three times with an infuriated mob in 1744, 1748 and again in 1749 and in Edinburgh, when the notorious Burke and Hare were riding their downfall, an effigy of the unfortunate Dr. Robert Knox was carried through the streets and burned by an angry mob.

In 1742, Edinburgh experienced its first riots related to body snatching. These rumbled on for days. The city saw the destruction of many houses and shops despite how tenuous the link to anatomy and to the medical fraternity.

Windows were smashed and the home of the Beadle of West Kirk (now St Cuthbert’s), George Haldane was targeted, not because his home was dubbed ‘Resurrection Hall’ amongst the locals, but because it was believed to have been built using sums of money derived from body snatching activities.

There was nothing more unsettling than a baying public.

William Hodges who, in 1822, was that petrified of what the mob would do to him as he made his way to Lambeth Street courts, Magistrates had to confirm that he wasn’t a ghost as he stood on the stand in front of the judge.

Humiliation can act as perhaps the highest form of punishment to some. Being publicly whipped through the streets would have been painful enough, without having to endure a jeering crowd into the bargain.

The practice of publicly whipping individuals as a form of punishment was seen more towards the end of the 18th century, and we can perhaps share the humiliation of body snatchers John Homles and Peter Williams who were both publically whipped:

‘twice on their bare backs from the end of Kingsgate St, Holborn to Dyot St, St Giles, the distance of half a mile’

Together with female accomplice, Esther Donaldson, they had stolen the body of Mrs Jane Sainsbury from her grave in St George’s, Bloomsbury in 1777.

Their sentence was perhaps doubly painful for both Holmes and Williams were also sentenced to six months imprisonment. Esther Donaldson however, was released without charge.

We usually see whipping being added in addition to other sentences, often imprisonment but, as in the case of John Samuel above, this could also be some other penalty.

How Body Snatchers Were Caught

The body snatching cases we know of, and there are many that remain undetected, were exposed for a number of reasons.

Either a watch was lying in wait for the body snatchers and they were disturbed during the raid or they were spotted delivering the body to the anatomy school.

Detection could also come about if the body snatcher had left the grave in a state of disarray. This was usually done by anatomy students or inexperienced body snatchers. Reports regularly appeared in newspapers about graveyards being ruined. With grave clothes being found lying on the grass in the churchyard or, as on one particular occasion, when blood was found smeared onto the grass near the graveside.

This is exactly how body snatcher Alexander Lyons was caught when he walked boldly up the back steps of Sheffield Music Hall in South Yorkshire in 1831, a sack containing the corpse of William Hopkinson slung over his shoulder.

During the first decades of the 1800s, competition among body snatchers was running high. In order to protect their ‘patch’, especially within the parishes of the more profitable City of London, it wasn’t unheard of for body snatchers to ruin a graveyard on purpose, then subsequently blame others for the violation.

This not only distracted away from the snatching that they were doing, but it also removed the competition.

The End Of Body Snatching

With the public disquiet of the Burke and Hare murders coming to a head in 1829 and the affairs of the London Burkers in the winter of 1831, authorities recognized that something had to be done about the horrid crime of body snatching.

The solution was the Anatomy Act. Given Royal assent on August 1, 1832, the Anatomy Act was said to provide the anatomy schools with an increased number of cadavers to aid in the teaching of anatomy. The supply would come from the unclaimed dead from the nation’s workhouses and in all events and purposes would solve the shortage of cadavers for the anatomy schools once and for all.

Many accounts that you read state that body snatching died overnight when the Anatomy Act came into force. However, this isn’t quite right.

We can still find cases of body snatching being reported in newspapers and cases being tried at court after this date, and these are just the cases that were discovered.

Burials of friends were still watched over and watch houses were still being built even after the Anatomy Act had been passed. And rightly so.

Over the following decades, surgeons became body snatchers once again and took it upon themselves to target the graves of the recently buried. Sheffield and Cambridge Medical Schools would both be targeted in 1833 by infuriated mobs. Sheffield was targeted following a mistaken cry of ‘murder’ through a classroom window and Cambridge over a dispute regarding the body of a poor man.

Cases continued to appear in the newspapers right up until c.1862, although these were becoming greatly diminished. 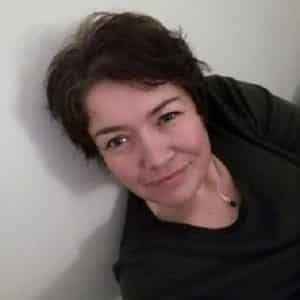 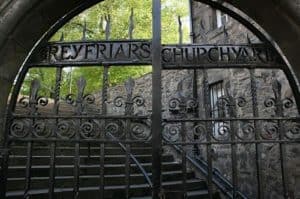 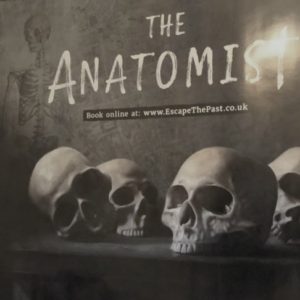 In a city where cadavers were once the hottest commodity, anything relating to the dark art of body snatching and providing corpses for the 19th century dissecting table was always going to pique my interest.