After discovering the rich rewards of selling cadavers to anatomists when one of Hare’s lodgers, an old soldier named Donald, died without paying his rent, the pair realized they were on to a good, if not lucrative, idea.

They would spend the next 10 months of 1828 ‘Burking’ the forgotten inhabitants of Edinburgh and get paid for it in return.

Their killing spree was about to come to an abrupt end when Burke’s lodger, Ann Grey, discovered Docherty’s naked body under a pile of straw in the corner of the room.

This post looks solely at Burke and Hare’s last victim. If you’re interested in finding out more about Burke and Hare, I’ve written a complete history of the Burke and Hare murders, which hopefully answers all the questions you may have about the murders.

How Did Burke & Hare Find Their Last Victim, Mary Docherty

William Burke befriended Mary Docherty as she sought a free drink in Rymer’s grocer’s shop, near Tanner’s Close, Edinburgh. Pretending that his mother was also named Docherty, Burke gained Mary’s trust and lured her back to his lodging house.

Having already wandered the streets of Glasgow looking for her son Michael, Mary was now in Edinburgh, trying to locate the boy here.

Unfortunately, Mary’s searching took her into Rymer’s, a shop selling groceries that just so happened to also offer a ‘wee dram’. Located on the West Port, not too far from Tanner’s Close, calling into Rymer’s was a regular morning habit of William Burke’s, taking a ‘wee nip’ of a morning to set him on the right course for the day.

It was on a typical morning such as this, the morning of eve of All Hallow’s to be exact, that Mary wandered into Rymer’s begging for charity.

Burke immediately recognized the signs of a potential next victim. Docherty was alone, begging for charity, and most importantly of all would not be missed if she were to suddenly disappear.

The charitable Burke quickly sprung into action. Offering Mary a drink, he delighted in telling her that his mother also came from Mary’s home town, Inishowen and that, guess what, her name was Docherty too.

Oh the joy on poor Mary’s face, to have discovered in her hour of need a fellow countryman and a possible relation at that. Little did she know that befriending Burke would be the worst mistake she would ever make.

Burke’s offer of breakfast and a drink back at his house could not have come at a more timely moment for Mary. She was no doubt cold, tired, and feeling utterly helpless in being unable to find her son. She willingly accepted Burke’s generosity.

Once safely inside Burke’s house, located a few streets away from Tanner’s Close, Mary Docherty was introduced to the rest of the ‘family’. Helen McDougal, his wife, and Burke’s current lodgers James and Ann Grey, along with their infant child. A cosy little set-up by all accounts.

As the day wore on and preparations for the evening Halloween celebrations were beginning, Burke informed the Greys that the bed that they rented from him would alas be needed that night for their visitor, a relative from his mother’s home town, Mary Docherty.

Offering to pay for alternative lodgings at Hare’s rooms for the evening, the Greys reluctantly accepted and prepared to move out for the night.

With some comings and goings by the Greys for clothes, and Helen McDougal for what can perhaps be presumed for alcohol, by 9 pm things had settled down somewhat with Burke and Hare, together with their wives and Mary drunkenly celebrating Halloween.

Burke and Hare killed their final victim, Mary/Madge Docherty on the eve of All Hallows, 31 October 1828. Just like their other victims, she was plied with liquor and then suffocated with a carefully placed hand over the nose and mouth. The discovery of Docherty led to the downfall of Burke and Hare, ending in the execution of Burke on 28 January 1829.

As the night wore on, neighbours are said to have heard shouting and fighting coming from Burke’s rooms at around 11:30 pm.

Although this appears to have been a common occurrence, Hugh Alston, a nearby neighbour recalls what he thought were shouts of:

For God's sake get the police, there's murder here!

Alston did go off to fetch the police, but unfortunately, none could be found. On his return, all was quiet at Burke’s house.

Mary was never to stir again for while she lay unconscious on the floor, Burke and Hare put their murder method into action and took the opportunity to dispatch the ‘old woman’.

After learning by their mistake of presenting a fully clothed body to Dr Knox when their lucrative sideline was just getting started, the pair immediately stripped Mary of all her garments and hid her naked body under a pile of straw in the corner of the room.

With the deed done, Burke made his way quickly to the home of David Paterson, Dr Knox’s assistant who lived close by in the West Port to arrange the collection of Mary as, he informed Paterson, had ‘procured something for the doctor’.

Finding The Body of Mary Docherty

While Burke was running through the streets of Edinburgh in an invisible triangle between his house, Paterson’s and Knox’s anatomy school in Surgeons’ Square, the Greys were making their way home for breakfast.

Suspicious as to why the ‘old woman’ wasn’t there when they’d arrived, they quizzed Burke’s wife McDougal.

‘ [I] threw her out’ was her reply. She’d been getting ‘over-familiar with her husband and she didn’t like it.

On being left in the house on their own later that morning, the Greys could no longer hide their curiosity about the lump under the straw in the corner. Ann Grey had previously been warned and told ‘keep out [of] there’ by Burke earlier that morning so already she was more than a little curious as to what they were hiding.

It was Mary’s lifeless arm that was first discovered and on clearing the straw away, the full realization of what they were seeing slowly dawned on them. They were staring at the murdered body of Mary Docherty.

When confronted by the discovery, Helen McDougal offered the Greys a cut on the deal if they would only keep their mouths shut. If Mr Grey could just…

Hold his tongue and she would give him a few shillings, and if he would be quiet, it might be worth £10 a week to him

A similar bribe was also offered to Mrs Grey but the pair had a conscience and after a short delay in the pub, went in search of the police.

The Downfall of Burke & Hare

In the time between Grey fetching the police and returning back to their lodgings, Burke was busy himself purchasing a tea chest from his local grocer Rymer and delivering Mary’s body to Dr Knox.

Mary had been wedged into the box, her hair neatly tucked inside, and her body covered in a little straw. The lid was then nailed shut and the box roped for added security. Not an easy task by all accounts.

On arrival at Surgeons’ Square, Burke and Hare were given a small payment in lieu of the body being inspected by Knox the following Monday. Each received £2 10s.

Back at Burke’s lodgings, their murdering empire was in the process of crumbling down.

James Grey had returned with Sergeant John Fisher, meeting Burke and his wife McDougal on their way up the stairs. When all four entered the house and the search in the straw began, it didn’t take long to discover that the body was gone.

On Sunday morning, 2 November Lieutenant Paterson, together with Seargent John Fisher, visited Knox’s assistant David Paterson at his home in the West Port and accompanied him to Surgeons’ Square in search of Mary’s body.

She was found, still boxed up in the tea chest. Her naked body doubled up inside.

The trial of the murderers caused something of a sensation in Edinburgh that Christmas and on Christmas Day, the Lord Justice-Clerk donned his black cap and passed his sentence

That Burke to be taken to the Tollbooth of Edinburgh and fed on bread and water only, until Wednesday, 28, January, when he was to be taken to the common place of execution in the Lawnmarket and hanged by the neck until dead, after which his body was to be delivered to Professor Monro to be publicly dissected and anatomized

Burke was executed in front of a large crowd on 28 January 1829.

His body was indeed sent for dissection, and can still be seen in the University of Edinburgh’s Anatomy Museum at Teviot Place. The rest of Burke is scattered around Edinburgh and its environs, causing just as much of a sensation now as he did back in 1829.

You can discover exactly where William Burke can be found in my blog post ‘Finding William Burke: Relics of A Murderer’ by following the page here. 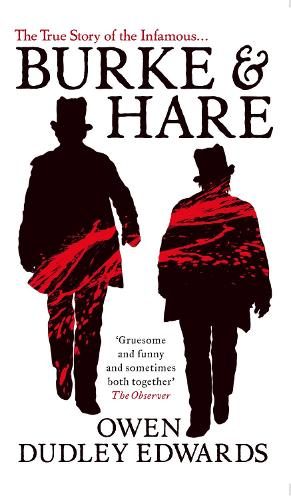 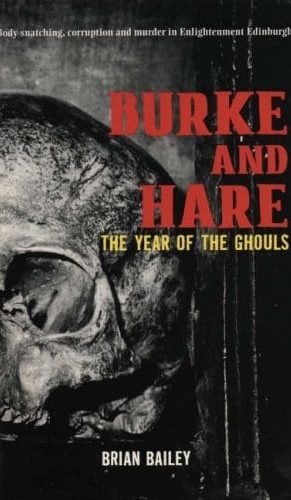 The Complete History of The Burke And Hare Murders 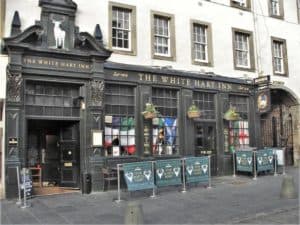 From detatched legs to resident ghosts and links with murderers Burke & Hare, Edinburgh’s White Hart Inn seems to have it all 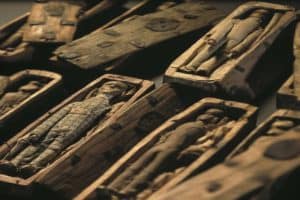 Found in the ‘Daith Comes In’ gallery at Scotland’s National Museum, the Edinburgh miniature coffins or Burke & Hare murder dolls still have a sense of mystery