The story of John McIntire who was buried alive in Edinburgh, 15 April 1824, is perhaps best taken with a pinch of salt.

Although the horror of being buried alive, or taphaphobia, was very much at its height in the mid-nineteenth century, there is still some skepticism as to the validity of this next article.

This story dates from 1824 and appears in a broadside with the title ‘Miraculous Circumstances’.

It is recounted in one of my favourite body snatching books, James Blake Bailey’s ‘Diary of a Resurrectionist’.

The ‘corpse’ in question, John McIntire, was buried alive in Edinburgh, 15 April 1824. He was lucky enough to be rescued (inadvertently) by the Resurrection Men and then sold to the anatomists!

‘Being a full and particular account of John Macintire [sic], who was buried alive, in Edinburgh, on the 15th day of April, 1824, while in a trance, and who was taken up by the Resurrection Men, and sold to the doctors to be dissected, with a full account of the many strange and wonderful things which he saw and felt while he was in that state, the whole thing being taken from his own words...

I had been some time ill of a low and lingering fever. My strength gradually wasted, and I could see by the doctor that I had nothing to hope.

One day, towards evening, I was seized with strange and indescribable quiverings. I saw around my bed, innumerable strange faces; they were bright and visionary, and without bodies.

There was a light and solemnity, and I tried to move, but could not; I could recollect, with perfectness, but the power of motion had departed.

I heard the sound of weeping at my pillow, and the voice of the nurse saying ‘He is dead.’ I cannot describe what I felt at these words. I exerted my utmost power to stir myself, but I could not move even an eyelid.

The World Then Darkened…

My father drew his hand over my face and closed my eyelids. The world was then darkened, but I could still hear, and feel and suffer.

For three days a number of friends called to see me. I heard them in there low accents speak of what I was, and more than one touched me with his finger.

I felt myself carried on the shoulders of men; I heard the cords of the coffin moved, I felt it swing as dependent by them. It was lowered and rested upon the bottom of the grave.

Dreadful was the effort I then made to exert my power of action, but my whole frame was immovable.

The sound of the rattling mould as it covered me, was far more tremendous than thunder.

This also ceased, and all was silent. This is death, thought I, and soon the worms will be crawling about my flesh.

In the contemplation of this hideous though, I heard a low sound in the earth over me, and I fancied the worms and reptiles were coming. The sound continued to grow louder and nearer. Can it be possible, thought I, that my friends suspect that they have buried me too soon?

The hope was truly like bursting through the gloom of death. The sound ceased. They dragged me out of the coffin by the head, and carried me swiftly away.

When borne to some distance, I was thrown down like a clod, and by the interchange of one or two brief sentences, I discovered that I was in the hands of those robbers, who live by plundering the grave, and selling bodies or parents, and children, and friends.

Being rudely stripped of my shroud, I was placed naked on a table.

In a short time I heard by the bustle in the room that the doctors and students were assembling.

When all was ready the Demonstrator took his knife, and pierced my bosom. I felt a dreadful cracking, as it were, through my whole frame; a convulsive shudder instantly followed, and a shriek of horror rose from all present.

The ice of death was broken up; my trance was ended.

The utmost exertions were made to restore me, and in the course of one hour I was in full possession of all my faculties.’ 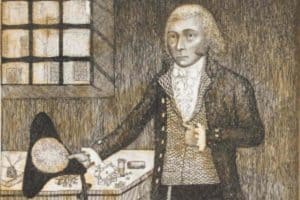 The Extraordinary Life of Deacon Brodie (A Full Account)

Spend any time in Edinburgh and chances are you’ll venture into Deacon Brodie’s Tavern, one of the most iconic pubs

The Victorian Treadmill: Why and How Were They Used?

If a criminal’s sentence consisted of ‘Imprisonment with Hard Labour’, chances are the treadmill would have played a part in their hardship somewhere along the line