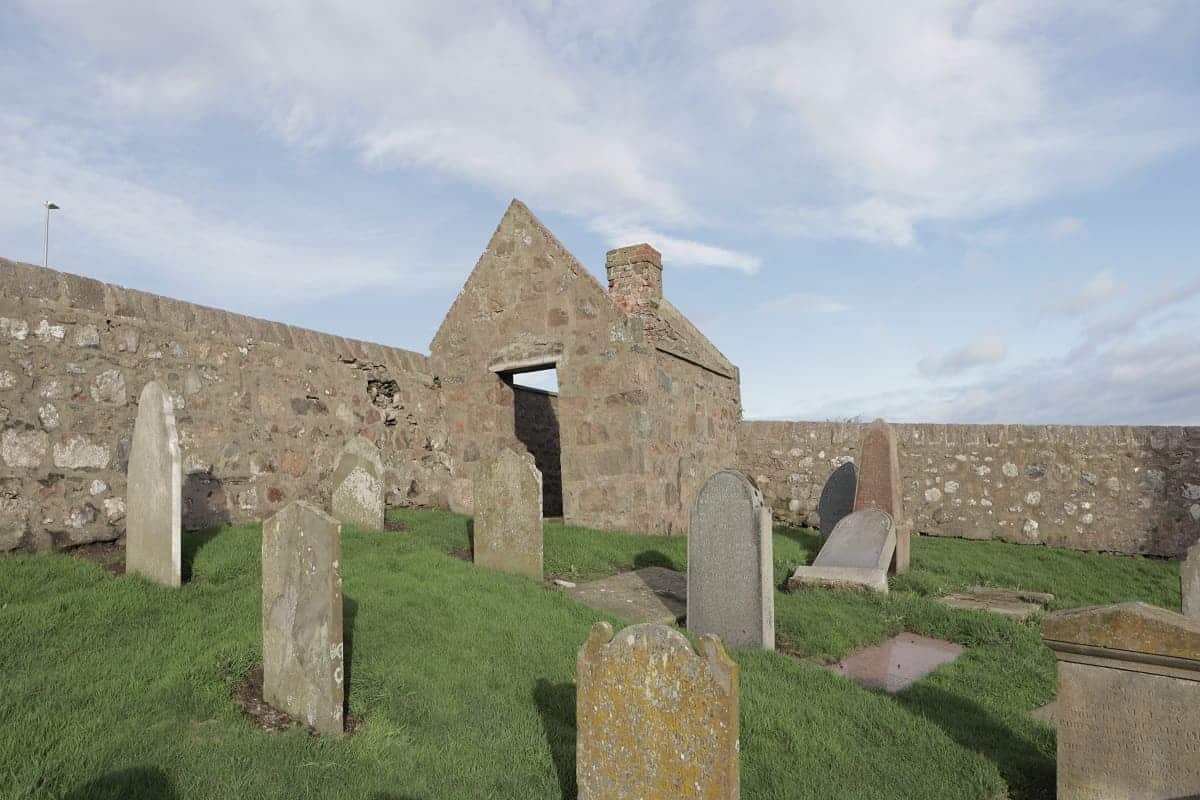 Body snatching in and around Aberdeen was rife at the beginning of the 19th century and anatomy students targeting a churchyard like that at St Fittick’s wouldn’t have been unusual.

The old parish church at Nigg Bay, Aberdeen was a perfect location for body snatching due to its remoteness. Stuck in the middle of a field, with few places to hide, the three anatomy students who’d come to the churchyard this particular evening were determined to leave with a cadaver.

Their target was 90-year-old Janet Spark (nee Young), a pensioner from Aberdeen, buried 22 December 1808. Her snatching was unfortunately discovered on Christmas Day when the minister entered the churchyard on his way to give a sermon. He was confronted with wood from the coffin strewn across the churchyard, the burial shroud tossed aside, and bloodstains on the grass.

But unknown to the parishioners of Nigg, this wouldn’t be the last time that they’d be seeing Janet, for she had one more appearance to make before finally being put to rest.

Janet Spark had only been interred in the cold Aberdeenshire soil for three days before she was pulled out and stripped of her graveclothes.

As the minister entered the churchyard he would have known something was amiss.

Strewn across the grass were ‘broken pieces of the lid of the coffin, tatters of grave linen and marks of blood left by the grave’.

It was not an easy task. The minister had to inform the Session of what he had discovered and what, if anything, they proposed to do about it.

We begin this story with an extract written in the parish registers on Christmas Day:

December 25th, 1808: – The minister informed the Session that on the night between Thursday, the 22nd and Friday, the 23rd last, the corpse of Janet Young (Mrs ___), an aged woman from Aberdeen who had been buried on the 22nd, was taken up and carried away…

The relatives of the deceased were now in quest of the body. The Session resolved to wait for a little the event of their endeavours to find out this daring and alarming thing, which might have very bad consequences in the minds of the people, and to do everything in their power to prevent such conduct

The snatching itself had been a bungled affair. Disturbed midway through the act, the students were becoming more and more agitated as the raid went on. Being disturbed by a barking dog as they were digging down into the grave certainly didn’t help matters.

Deciding not to risk getting caught, a new plan was devised. One that was hoped would secure the bodysnatchers a cadaver once things had calmed down a little.

The only way a corpse could leave the graveyard here was via the ferry which ran to and fro from Aberdeen across the mouth of the harbour.

Transporting a cadaver squashed into a hamper and putting it on the back of a mail coach was one thing, putting it on a ferry would have been quite another.

Remarkably, the new plan involved reburying Mrs. Spark. Not back in her grave but in the sandy banks of the Bay of Nigg with the idea of retrieving her at a more favourable time.

However, as the parish registers record, things for the students didn’t quite turn out to plan:

February 12th, 1809: – The minister stated that the body of Mrs ___ had been found. Those who had taken it out of the grave had been obliged, from apprehension of being detected, to put it for a time in the sand on the north side of the Bay of Nigg whence they had been unable, on account of the search and outlook made by the relatives, to remove it.

This was just the start, for what happened next I expect wasn’t even thought of when the students were devising how to store Janet’s body.

Let’s return to the parish registers…

A late storm of the sea had raised and carried it [the body] to the south side of the bay, where it had been found and afterwards decently interred.

Poor Janet. What a Christmas.

All was not lost, however. Determined to catch those responsible, fate was on the side of the parishioners.

A look around the graveyard on the night of the snatching could tell you that these particular students hadn’t attempted anything like this in the past.

The broken coffin lid and grave clothes clearly gave this away.

But hidden within the debris was an altogether more important find that was to lead the parishioners directly to these ‘violators of the grave’. A spade, with the name Rae, carved onto the handle had been carelessly left behind.

The students that tried to snatch Mrs. Spark that night were of the bumbling kind and had failed in every aspect of their body snatching deed.

Even before the professional resurrection men came onto the scene only a few years later some basic rules would have already been established.

These rules appear in an earlier blog post but one of the most basic of these would have been stealth – avoiding detection at all costs.

We take up the story again from the parish registers:

The Persons principally concerned in taking up the body was found to be a forward, impudent, not well behaved young man, a student in physic, who had been obliged to flee from the country.

So much trouble and expense to his father so much vexation to the women’s relations, and such resentment of the world had taken place, with fear of the consequences of such conduct, that no apprehension was entertained of like it again being attempted

The spade that was discovered belonged to the student’s father and although none of the students involved were caught on this occasion, rumour says that the student Rae fled the county while things calmed down after paying compensation to the deceased’s family.

A Gift For The Parish

In 1816, the Superintendent of Aberdeen Harbour Works, Mr Gibb, gifted a huge mortstone to the church in a hope that it would deter the local fishermen from stealing cadavers.

Gibb’s directions were clear, the stone was to ‘ be laid above the coffin of each newly buried person’.

The dressed mortstone was transported from the ferry landing stage directly to the churchyard on the back of a cart for a cost of 2s 6d.

If you’d like to visit the site where Janet Spark was snatched, the churchyard of St Fittick is located near the parish of Torry in Aberdeenshire.

The church is actually a ruin now, last being used in 1829. But you can find it standing in a field on a small road (St Fittick’s Road) heading out towards Nigg Bay where Janet was found. Don’t expect too much from the ruined church however, it’s been rendered in the most unattractive concrete.

In regards to the gifted mortstone from 1816. I believe that it is no longer there for I can find no record of its existence in any of the sources used.

I’d be delighted if anyone does know of its existence if they could get in touch with me.

The story of Janet Spark does appear in historic newspapers and much of the information for this post has been taken from the Aberdeen Evening Press 20 September 1887 and put together with my own research.

The Kirk Session Record for the parish of Nigg, where matters concerning the parish such as moral offences, minor criminal matters etc. would have been recorded here. Those for St Fittick’s are kept at Scottish National Archives in Edinburgh. 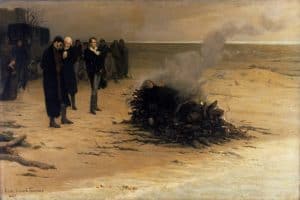